My previous research page was hosted at the MIT Media Lab, and can still be seen at the Internet Archive.  Please excuse the mess as I reorganize the content.

Where do human goals come from? We are working with the theory that the transfer of social goals in humans occurs through the inheritance of knowledge from parents and others. The performance and communication of social behaviors is a critical process in cultural evolution. We are designing and building models of behavior inheritance and social learning in human children. We are interested in modelling the inheritance and learning of domain-specific action skills, domain-specific goals, reflective control of which goals to pursue now, self critics, and social critics. This work is inspired by Marvin Minsky’s Model-6 layered reflective theory of mind, published in his recent Emotion Machine book. We hope to make part of this Model-6 theory into a working and testable model for use by other scientists in the business of trying to understand complex and potentially powerful human emotions, such as Guilt and Pride. Our current goal is in understanding these complex mental processes. 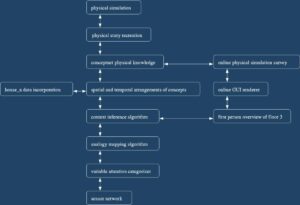 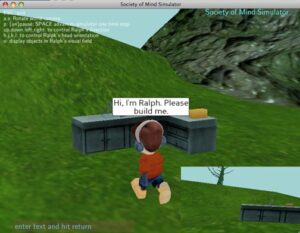 Goal-oriented problem solving, inference, and analogical inference tools have been developed for a variety of commonsense reasoning applications by the Common Sense Computing group. The IsisWorld project is visualizing as well as simulating the physical semantic relationships between objects in a commonsense physical world. 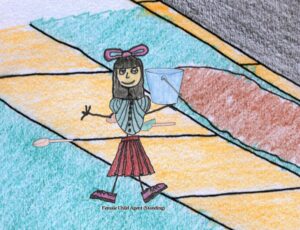 We believe this tool will be very useful for building and debugging commonsense agents that learn from their interactions with a complex human world. For example, imagine that we are building an agent that wants to experiment in order to learn how to make a cup of tea.

Perhaps our agent knows a recipe, including the ingredients for such a process, but does not know how long the process might take. 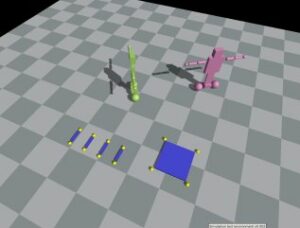 Such an agent may be able to experiment in a commonsense simulation like IsisWorld in order to realize that one needs to walk around a kitchen, fill a pot with water, boil the water on the stove, and let the tea steep and cool in a cup before it is at a safe temperature for drinking. 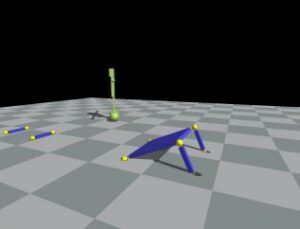 We believe that having a visual simulation tool will be invaluable in helping us to debug the physical qualitative physical commonsense reasoning processes that are currently being developed by the MIT Media Lab’s Software Agents Group.